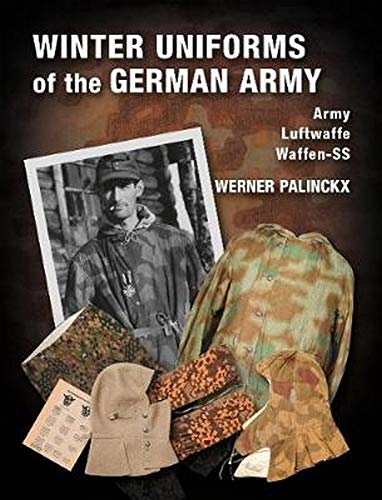 Comprising 448 pages, this illustrated book is the first comprehensive reference work covering winter uniforms used by the German Army, Air Force and Waffen-SS during the period from 1942 to 1945.

The book is intended for collectors, historians, model makers and those with an interest in military history.

Following the attack on the Soviet Union and the first experiences with the Russian winter in 1941-42, it quickly became clear to the powers that be standard German Army uniform welches completely unsuitable for waging war in the east, where temperatures often dropped far below zero. This made it necessary to create a new uniform capable of dealing with the climactic conditions on the Eastern Kampfzone.

This book describes the creation of the Winteranzug 42 winter uniform, the first of its kind, and the following versions for the army, air force and Waffen-SS later in the war. First the complete winter uniform – balaclava, parka, trousers and mittens – is illustrated schematically in all its details.

More than 250 original photos, most never published before, and more than 1,100 colour images – complete views and close-ups – of contemporary pieces in 15 different camouflage patterns are used to provide a detailed description of the development of the winter uniform during the Second World War. This work is based on thirty years of research and collecting by the author. Thanks to the generous collaboration of renowned collectors and museums it is possible to illustrated a unique wealth of original pieces, including several very rare examples. Finally this volume deals with several uniforms derived from the original design by Neckermann. In conclusion the book describes recognition bands and rank badges created specially for winter uniforms.